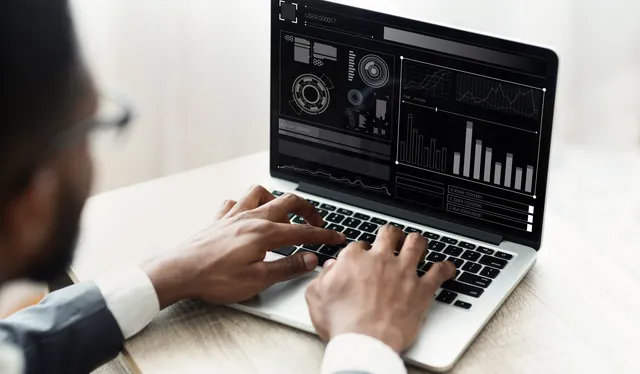 Author’s Note: This is a 9 part Monitoring Series. I recommend reviewing them in the order they are published for cohesiveness.

No article or blog post series would be complete without a few complex graphics, so let’s try to over complicate things and make a few two- and three- dimensional charts. Grab your protractor, compass and slide rule!

W﻿hile there is no “sweet spot” on this graph, as we go from the lower left to the upper right the monitoring data transforms from collection to consumption. Likewise, the architectural layers evolve from underlying raw power to end-user behavior and usage. It is not uncommon for one to focus more on the lower left as this is where most systems have the most control. The upper right is nearly uncontrollable either because the end-user is unpredictable or the consumer of monitoring data can derive some unexpected results.

While the actual layers and data flow will be different from implementation to implementation, let’s take a quick look at the most common architectural layers and monitoring data pipelines. Note that these are not perfect layers and one layer does not necessarily require the layer before it.

The architectural layers of monitoring can commonly be expressed as follows:

The monitoring data pipeline can commonly be expressed as follows:

But this only tells us part of the picture, the infrastructure picture. There is still an entire application architecture to consider. Take a simplified view of a modern componentized system, perhaps one built on the principles of a microservice architecture as depicted below.

W﻿hat we end with is a rather complicated set of relationships and systems. Indeed the nodes in the graph above represent components of the architecture layer in the previously described monitoring layers, but the edges have significant meaning individually and as a whole.

For this purpose we define the components that make up a modern system by breaking down the monitoring across these as follows:

These higher levels of monitoring represent the most mature in the industry and are most commonly found in large complex systems that require this out of need more so than desire. With encapsulated technologies such as containers, PaaS and now Serverless, these monitoring components are the areas of primary focus for monitoring that many systems and applications focus on because many of the other components are outsourced and there simply is no form of visibility. Someone does have that monitor those lower architecture layers, but it’s not you.

﻿With all of this complexity, it’s no wonder it’s hard to consider where to start.

If you take the two-dimensional graph shown at the beginning of this post, and then add a third axis you may start to see the complexity of monitoring as we represent all of the dimensions

But is that really going to be helpful? Instead, it may be easier to go back to the Principles of Monitoring and define the types of metrics, the tools that collect and provide those metrics and let the users of those tools define what will be monitored and where. Let’s look at that