PMs And the Dark World Of Triple Constraints 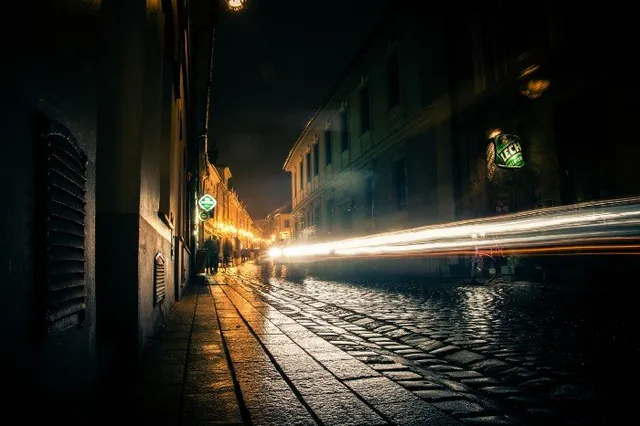 When I was finishing up my MS in Project and Systems Management I remember my instructor driving the point home that Project Management was all about working within the triple constraints of cost, schedule, and scope, also known as the Iron Triangle. This was the mantra that drove well-intentioned PMs into the belief that life was simply about triple constraints and if the Iron Triangle was managed properly all was good in the world. In the early 1990s, as a Program Manager at Santa Cruz Operation (SCO), I learned very quickly that managing to the triple constraints only mattered if:

As a reward for my Iron Triangle attempts, I was able to attend a class on Project Management where the key takeaway was that projects as SCO always had a finite duration. This class was followed by another mandatory class called “Dealing with Change”. After collecting my severance during a large SCO workforce reduction I was much more aware of the reality of project management at this point and walked away with a new vision of project management. It consisted of the knowledge that one could be on time, under budget and within the stated scope and still be a dismal failure as a PM. At this point, my Iron Triangle paradigm was disrupted the same way Physicists that could not balance their big bang checkbooks had to chuck in radical new concepts of dark matter and dark energy. Just like the Physicists pulling a rabbit out of a hat with something they could not observe or describe, I felt like Elmer Fudd thinking “Hey … there’s something awfully screwy going on …”.

The reality was more was at play than the triple constraints and awareness of the other constraints was just as important if not more. In addition, being agile enough to adjust to the corporate culture, organizational realities, and social mores is critical. I am not sure if stripping my clothes off and jumping into the corporate hot tub with a sharpie to take notes on my arm would have helped my career, but I might have learned something while doing it instead of politely declining, blushing shyly and running off to my office to hide. The key lesson was to engage with one’s eyes wide open and aware of more than the triple constraints. As someone who fought through quantum mechanics to get my degree in Physics, while doing undergrad research off CERN high energy collisions, I learned that not everything is easily contained in a box of something as simple as the Iron Triangle. When I graduated from college the world of Physics was beginning to see the hints that new concepts like Dark Matter and Dark Energy were needed to account for a more complete picture of the universe.

What I find amazing is after all these years, organizations seem still entrenched on using the triple constraints as the pillars of success when they are more likely less than 20% of what makes a PM successful. This is the abyss the Iron Triangle PMs fall into without directly managing the other constraints, factoring in project “Dark Matter” and accounting for the project “Dark Energy” not in the original triple constraints. Instead, they panic and slide into the “Not my job to solve this” defensive tactic to what becomes a predictable outcome a surprised look when they are failing instead of trying to figure out what forces are acting upon their plan distorting it from an Iron Triangle to the latest PMO dumpster fire.

In the PMI Project Management Body of Knowledge (PMBoK), six constraints are identified including Quality, Risk and Resources. In addition, many breakout Quality from Customer Satisfaction depending on the arguments of conformance to requirements to a product that the sponsor is happy with. I believe that of the 7 constraints discussed, every project out there has a different set of priorities and with it, the priorities of constraints are different and must be vetted properly for the PM to truly get the project charter correct and put together a plan that is viable.

Since I learned long ago that a happy sponsor is one that buys lots of food, free shirts, and cool Schwag I tend to view it as yet another constraint on its own. Rita Mulcahy in her highly successful PMP certification exam books tended to view it in a similar manner though I am not sure if she saw the correlation of cool Schwag or getting a great end of the project celebration party, her book broke out Customer Satisfaction away from Quality. It is likely that Quality is about conformance to requirements by many while Customer Satisfaction is about making sure the customer is happy with what they got. This is evidenced by the Iron Triangle PM’s delivering a “successful” project within the schedule, scope and cost guidelines only to watch the project crash and burn in front of stakeholders and sponsors that wanted something trivial like a functional trouble ticket system instead of a stunning celebratory coffee cup. Many a failed PM utters the line “but I delivered on time, under budget and within the scope” on their way to attending a “Dealing with Change” class.

When Risk comes into play, so goes the Iron Triangle PMs. This is namely because Risk is a combination of positive and negative outcomes that wreak havoc with the simplicity of the triple constraints. Iron Triangle PMs believe the way out is to create management reserve and risk reserve pools then simply create and manage to risk list as they pop up like mushrooms on a lawn to be mowed back into the ground. Risk management and the constraints imposed are rarely factored into an Iron Triangle plan except as an afterthought to be managed through an Excel spreadsheet checklist. At both Boeing and Lockheed Martin, I discovered risk reduction could be made into an art form where in many cases the artist would gladly cut their ear off just to be allowed to change the baseline to something that would work. As a Risk Manager, I found myself and other peers looking for new jobs one day we collectively realized something else was missing from just the Iron Triangle, rolling waves and well-managed risk. Simply put, the Sponsor was dealing with a revamped Portfolio and despite near-perfect management of the Iron Triangle, it was no longer a product the customer wanted. Somehow, once again, Captain Obvious arrived to tell us: “Gee, maybe we were making something that no one really wanted.”

Resources are a tricky constraint because they are always promised and rarely actually committed. They consist of people, subject matter expertise, equipment, computing resources and most importantly the whiteboard conference areas that companies rarely have enough. In addition, the Iron Triangle PMs fervently argue that the Schedule component is a combination of time, resources and a “well thought out work breakdown structure”. The reality seems to be more than some resources are committed to the project, others are partially or not committed (as they are overbooked) and then there are the phantom commitments similar to dark matter in the universe. As opposed to identifying all the true resources required and verify they are committed the Iron Triangle PM gets too clever and creates “rolling waves” to constantly account for the missing dark matter and dark energy on their big bang schedules. Of course, Iron Triangle PMs that think this way should be committed not to the project they are on but an institution that supplies medicine and counseling for delusional behavior. Instead of “rolling waves” they should have been “rolling dice” at the local casino.

So what are some of the other factors?

I believe Culture and Organization represent a piece of the Dark Energy the Iron Triangle PMs miss. Cultures are loaded with lots of implicit and explicit work restrictions. The explicit work restrictions such as production mandated black-out periods and resource limitations such as holidays and vacation come into play and can be planned for. When a global company chooses to ignore countries that have more holidays than workdays, realize that some countries take a month off to enjoy the winter or a large portion of their employees get drunk for an entire week something has got to give. The Iron Triangle PM proudly inserts their calendar into a Project or Smartsheet and declares their product complete. The implicit caveats such as Tom Demarco’s “Slack” mandates putting in the time to account for abstract thought, dealing with work-life issues and other activities associated with being human. The concept of factoring in from the start planning for everything at a maximum 80% load to account for slack is lost the minute level loading comes into play and the PM discovers key resources running at 300% for almost every critical path items. The solution? Well, a PM that was a master of the Iron Triangle once told me: “We have three schedules, one we show to the project team, one we show to the executives and the one we hide in our desk drawer.” It was no surprise this master of the Iron Triangle zeroed out “Slack” and chose to correct with massive overtime, unobtainable performance incentives, and other draconian measures while proudly declaring “we have no slack time in our schedules, everything is optimized and at a critical path.” Not only did the PM ignore the explanation of “Slack” versus “slack time”, the PM believes that the team members just needed more motivation. Ultimately, the project team members that hung around were forced to block out weekends as vacation time just to reconnect with society, attend divorce counseling and see their children during court-mandated visitation periods. At that point, I believe the term “work/life balance” was introduced into Silicon Valley as some form of an existential joke.

Organizations have their micro-cultures and require a healthy chunk of employee maintenance. All this accounting for Dark Energy can be tough. Effective utilization of energy is critical and so often the Iron Triangle PM falls into the 7 Habits of Highly Dysfunctional PMs. I believe this is due to not addressing the Dark Energy in a constructive fashion that only someone familiar with the rides at Legoland can understand, someone has to pump the vehicle to get moving and it is not going to be the little kids (project team members) on the ride.

Dark Matter consists of properly recognizing Enterprise Environmental Factors and knowing when to leverage Organizational Process Assets and when not to. Understanding when the process groups apply and what the priorities have become critical. Since many corporate process vaults can be black holes for those trying to close on actually getting something accomplished, one must tread carefully through the myriad of the PMO archives of failed project endeavors. Many times I have been asked to use an application project template to suffice as the template for a network project and then produce a status on unrelated Key Performance Indicators and meaningless impact analysis to brief to steering committees. Nothing is more frustrating than to endure the ridicule of the networking project team, the scorn of the PMO and then being forced to watch stakeholders and sponsors struggle with receiving an impact analysis and KPIs that make no sense. At that moment, one is guaranteed have someone from the PMO ask: “Why didn’t you use our template?” At that moment in front of a steering committee falling naked into a boiling hot tub is preferable than trying to explain why one was foolish enough to present that silly PMO template. Dark Matter if not detected, can be a killer.