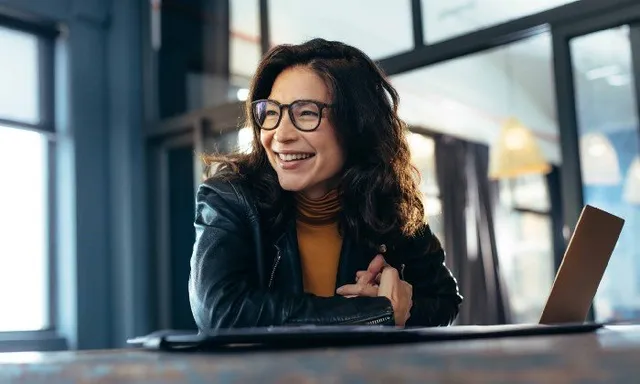 I just finished reading “The Innovators” by Walter Isaacson:

You might know the author from his biographies of Albert Einstein and/or Steve Jobs. I really enjoyed this book and recommend it, particularly for anybody with any interest in technology, especially computer and communication technologies.

Much of the book focuses on teams that complimented each other. Just to share one anecdote that surprised me — all the earliest programmers were women. It seems this “tradition” started because all the early “calculators” were women — seemingly a low prestige profession.

The first pairing was Charles Babbage and ADA Lovelace. Babbage invented the “difference engine” which was built and put to use, but he then went on to invent an “analytical engine” that was really the first programmable computer design. It was Ada Lovelace who realized how to program that computer. The notes she left made this clear, e.g.:

Of course, most of us in the computer field have probably heard this story. It’s filled in more than I’d previously heard in this book.

What really surprised me, however, were the contributions of the team of six women who were the first programmers for the Eckert and Mauchly “ENIAC” machine — the first effective programmable computer. Especially Jean Jennings and Betty Snyder. There’s a (for me) fascinating story in the book about a time in the Fall of 1945 when the ENIAC project was trying to get ready for a demonstration for the DOD of simulations of artillery projectiles. The simulation was getting close, but, _______________ “There was one stubborn glitch they couldn’t figure out: the program did a wonderful job of spewing out data on the trajectory of artillery shells, but it just didn’t know when to stop. Even after the shell would have hit the ground, the program kept calculating its trajectory, ‘like a hypothetical shell burrowing through the ground at the same rate it had traveled through the air’, as Jennings describes it. ‘Unless we solved that problem, we knew the demonstration would be a dud, and the ENIAC inventors and engineers would be embarrassed.’

Jennings and Snyder worked late into the evening before the press briefing trying to fix it, but they couldn’t. They finally gave up at midnight when Snyder needed to catch the last train to her suburban apartment. But after she went to bed, Snyder figured it out: ‘I woke up in the middle of the night (Valentine’s Day night) thinking what that error was … I came in, made a special trip on the early train that morning to look at a certain wire.’ The problem was that there was a set at the end of a ‘do loop’ that was one digit off. She flipped the requisite switch and the glitch was fixed. ‘Betty could do more logical reasoning while she was asleep than most people can do awake,’

Jennings later marveled. ‘While she slept, her subconscious untangled the knot that her conscious mind had been unable to.’

At the demonstration, ENIAC was able to spew out in fifteen seconds a set of missile trajectory calculations that would have taken human computers, even working with a Differential Analyzer, several weeks. It was all very dramatic. Mauchly and Eckert, like good innovators, knew how to put on a show. … the faint light from the neon bulbs, which served as indicator lights, was barely visible, so Eckert got Ping-Pong balls, cut them in half, wrote numbers on them, and placed them over the bulbs.

Later Jennings complained, in the tradition of Ada Lovelace, that many of the newspaper reports overstated what ENIAC could do by calling it a ‘giant brain’, and implying that it could think.’ The ENIAC wasn’t a brain in any sense,’ she insisted. ‘It couldn’t reason, as computers still cannot reason, but it could give people more data to use in reasoning.’

Jennings had another complaint that was more personal: ‘Betty and I were ignored and forgotten following the demonstration. We felt as if we had been playing parts in a fascinating movie that suddenly took a bad turn, in which we had worked like dogs for two weeks to produce something really spectacular and then were written out of the script.’ That night there was a candle-lit dinner at Penn’s venerable Houston Hall. It was filled with scientific luminaries, military brass, and most of the men who had worked on ENIAC. But Jean Jennings and Betty Snyder were not there, nor were any of the other women programmers. ‘Betty and I weren’t invited,’ Jennings said, ‘so we were sort of horrified.’ While the men and various dignitaries celebrated, Jennings and Snyder made their way home alone through a very cold February night.”
_________________

There are many more marvelous stories in this book, Vannevar Bush, Alan Turing, Konrad Zuse, Howard Aiken, John Anansoff, Grace Hopper, Noyce and Moore, J.C.R. Licklider, Doug Engelbart and the “Mother of all demonstrations” (I took his class at SRI), Stewart Brand (of The Whole Earth Catalog fame who plays a fascinating roll, popping up here and there), Bob Taylor, Larry Roberts, and Steve Crocker on ARPAnet (which I worked on), Ray Tomlinson (email), Nolan Bushnell (Atari), Alan Kay (who I begrudgingly came to appreciate a bit more despite considering him an ass hole), Cerf and Kahn (Internet that I also worked on), Wozniak and Jobs and their blue boxes, Paul Allen and Bill Gates, Richard Stallman, Linux Torvalds, Tim Berners-Lee, Marc Andressen and the Web (that I still can’t believe I didn’t see coming, but after the Mosaic browser was distributed the future was clear), Steve Case (AOL), Justin Hall (web log), Larry Page and Sergey Brin, Ev Williams (blogging), Jimmy Wales, and many others. Really a fascinating story for anybody at all into the technology.