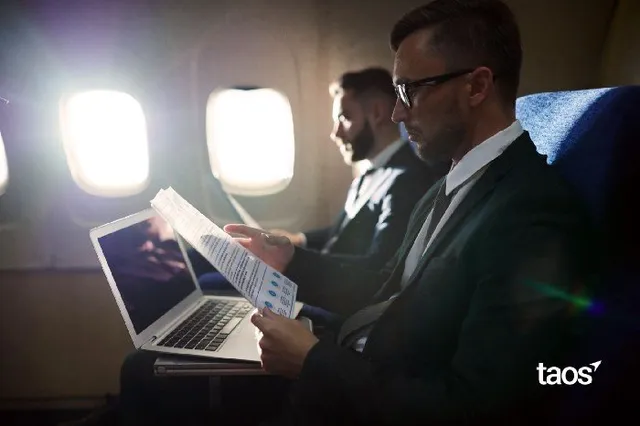 25 YEARS | As Taos celebrates a milestone, CEO Ric Urrutia shares how he’s kept the IT company on the leading edge of a volatile and competitive industry

Ric Urrutia took a calculated risk when he walked away from Apple Inc. to start Taos in 1989. But less than a year later, his new company had grown so much it was hiring more than 10 employees and relocating to a large office space. 25 years later, the IT company is still going strong. While similar companies have come and gone, Taos has made its mark in Silicon Valley by hiring the best of the best and focusing relentlessly on meeting the changing needs of today’s modern tech customer. Below, Urrutia looks back on his first quarter-century and looks forward to what’s next in the exciting world of IT services.

Q: You had several early experiences that ultimately informed the way you run Taos today. What were those like?

A: I started my career doing Assembly Language programming for Olivetti in Guatemala City in 1978. The computer I worked on was called an Audit 5, and it was essentially an electromechanical computer. Instead of a screen, it used a slow printing mechanism to generate ledgers. I came to the Silicon Valley in 1980 and joined a start-up called Orion Systems, and first logged on to a Unix machine in July of 1984. I thought I’d died and gone to heaven. I decided at that point that I would make my career as a Unix Software engineer because I saw its potential early. These first years allowed me to learn from some real computer geniuses. I joined Apple in 1988 to help them develop A/UX — their first Unix implementation.

Q: But you also saw some things you didn’t like, right? Why did you start Taos?

A: Right. We founded Taos to be a completely different kind of services firm. I saw a gap when I was working at Apple on A/UX. It was difficult for Apple to identify and onboard talented consultants. The bottom line is that its ecosystem of sourcing partners didn’t understand the technology well enough to identify the right talent…and they were slow! We started Taos with three simple values: hire the best people as permanent employees, build strong relationships with client managers, and stay focused on Unix.

Q: What were the early days of the company like?

A: We were a prototypical startup. My partner Alexis Tatarsky and I bought some used desks and worked out of the two spare bedrooms of his house in Mountain View. His girlfriend Cynthia served as our “office manager”. We spent the little money we had on a logo design, a small brochure, and two computers. We were officially in business.

Q: How did you spend your time?

A: In a lot of ways, it’s what we still do today only today it’s obviously much bigger. We were a disruptive tech company compared to the way consulting companies do business. We were inventing this thing. We were techies, not consulting guys. We landed a job doing Unix work for a company and we hired our friends to build the program. We hired our first employee in 1990 and got an IRS book to write our own payroll program. It was an open house. Our friends would come over in the night to talk shop and hang out.

Q: How’s that compare to the Taos of today?

A: We have 500 employees today but we know people are still our most important asset. We’ll still take a class together over pizza and beer, and we’ll still stay late to talk shop. That’s been the Taos culture since day one. We hire the best, we treat them well, we trust them to do the challenging work we ask them to do, and we focus on the customer.

A: We are in a period of tremendous growth. The challenges facing our customer are greater than ever. We are in the midst of a technology disruption that is changing the way companies develop products, and are right in the middle of that disruption. Our number one challenge is to train our staff on these new disruptive technologies and continue to create practices around concepts like Agile and Cloud computing.

Years ago, companies had six months or a year to work on a new product. You’d develop it, QA it, beta test it, and ship it. Today, when Facebook makes a change its developed in weeks or days…even hours and goes out to millions of devices and countless servers right away. If the release goes out with a bug, it’s an enormous problem. You better have solid enough data centers and infrastructure to make sure it works. That’s where Taos comes in. We have the automation and operational capabilities to solve any problems that occur along the way. Our managed services solutions can identify the roots of problems and react to prevent issues without human intervention. This removes labor costs and allows consistent pricing. It’s agile software on steroids. Our customers include Apple, Facebook, and Uber. The big guys trust us because they know we bring results.

Q: You’ve seen the Valley change over the last 25 years. How have you responded at Taos?

A: It’s all about speed. We have to respond to our customers’ needs in real-time, and that means keeping our technologists abreast of current technologies. We have to keep a healthy pipeline of new hires, and we have to keep an eye open to look for changes and trends so we can adapt quickly.

Q: But how exactly do you do that?

A: We believe in hiring the best of the best and helping them relocate here. It’s just different when you get everyone on-site instead of relying on huge teams that work in remote locations all over the world. We put talented people in our labs, give them the best training, and allow them to get their hands dirty. We’ll bring in top companies to host seminars, and we’ll allow raw but talented employees to cut their teeth on important projects. Our competitors have bought the Ferrari — the technology — but they don’t know how to drive it. What they lack, and what we have, is the people and the process.

Q: Where is Silicon Valley headed?

A: We’re going to see some amazing things very soon. From life-altering shifts in next-generation genomics to unprecedented energy-storage, to advanced robotics, to daily use technologies like Uber. We’re seeing the best young minds partner with cash-loaded companies ready to fund great ideas. That’s what will continue to make this region the preeminent tech center of the planet.

Q: How will — or how should — that change the way companies do IT?

A: The biggest shift is that you don’t need as much cash, people, or infrastructure in order to quickly come up with a product. What perhaps took a building full of people to create 10 years ago is now done by less than a dozen people, perhaps working remotely from all corners of the planet. Larger enterprises are able to fund more internal initiatives than ever before. Many of these non-valley based enterprises are actually setting up shop in Silicon Valley to take advantage of some of the advanced thinking and development that is going on.

Cloud, Amazon web services, the proliferation of SaaS…these things and big data are big. There are just more endpoints out there now full of massive amounts of data that people can harness in new ways. We’re at the tip of the iceberg right now in the new information age.

Q: What do your clients have to well now to ensure success over the next decade?

A: Change is the only constant. Stay lean and innovative. Look for ways to be nimble and cost-effective. If you’re a start-up, keep it all in the cloud. You don’t need to own hardware, software, and licenses. Worry about integration. It’s not the technology, it’s the road map.